Showing posts from October, 2013
Show All

Why I am not an Evangelical - Part 6 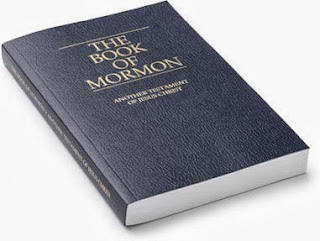 The Book of Mormon.

I grew up with the Bible alone as scripture and assumed, as do many Christians, that the canon of scripture is closed. After Revelation was written God wrote "The End", put down his pen and closed the book. And that's it. We have a Bible and there cannot be any more Bible. (See 2 Nephi 29:3)

However, Biblical Studies at A level showed me that actually the canon of Scripture has only recently stopped changing and evolving, and there was much debate over which books to include and exclude. In fact, the Roman Catholic Church and Eastern Orthodox churches use different books in their Bibles. Even then I found myself wondering who drew the line under the Bible. Who said "God has finished speaking to man" and decreed that no-one else was permitted to write down what God had said to them and call it scripture? Why is something God said to an apostle in 75AD called scripture, but something He said fifty years later not called scripture?
I am studyin…
Post a Comment
Read more

Why I am not an Evangelical - Part 5 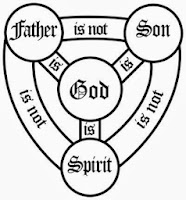 The Trinity
A while ago I received an invitation to buy an extremely expensive “Book of Little-Known Facts” published by Reader’s Digest. The leaflet listed several of these facts to whet my appetite, one of which stated, “The doctrine of the Trinity is not mentioned in the Bible, but was invented in 325 AD”. I had known this for some time – but many in mainstream Christian churches are not aware of it.

The problem facing the early Christian church was that it believed that there was only one God, but Jesus also appeared to have claimed to be God and was believed to be divine. To further complicate matters, the Holy Spirit was given to the believers, which again appeared to be a god. How could there be three gods when Judaism’s primary tenet is that there is only one God?

Under the Roman Emperor Constantine the matter was addressed in the Councils of Nicea and Chalcedon, attended by around 300 Bishops – a fraction of the total. Various solutions were put forward, and eventually the matt…
Post a Comment
Read more

Why I am not an Evangelical - Part 4 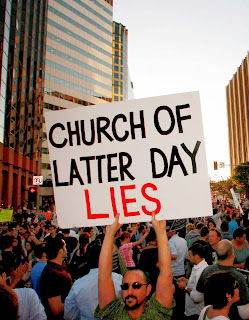 See the links on the left for previous posts in this series of personal apologetics.

3: Attitude of Evangelicals towards Mormons

One major reason why I could never be an Evangelical is what I see as the very unchristian behaviour of some (but by no means the majority of) Evangelicals towards Latter-day Saints. I have already mentioned in a previous post that I was forbidden from attending a Bible Study group. In addition, Christian bookshops stock books which misrepresent, mock and insult my beliefs; Christian ministers warn their congregations against the “cult”, and Christian groups will even protest at Church buildings and try to disrupt Church meetings. This does not endear them to me any.

It happened this past weekend, in fact. It was General Conference weekend, which means no church since the Conference Broadcast doesn't begin until 5 p.m. our time. I usually take the opportunity to visit other churches on these occasions. This Sunday I went to an Evangelical church I attende…
2 comments
Read more
More posts