By Anna Buttimore - December 22, 2019
Am I the only person fed up of drag shows? A parody of what a real woman is, like black face. Woman are juggling kids, rushing out a wholesome dinner, doing the laundry & cleaning, holding down a job all with period pains & leaky boobs if breast feeding. Enough of the stereotypes.
It's my personal opinion that I don't like drag shows and find them demeaning. Promoting one view of being female when in my experience there is so much more to being a woman. Most of it is very unglamorous.
Sharron Davies MBE, Olympic Swimmer

No, Sharron, you're not alone. I agree with you.

Years ago blackface, including on shows like the Black and White Minstrel Show, was considered a homage to black people, celebrating the music of the American south, harmless fun. Now we find the idea of white people pretending to be black horrifying.

Why don't we find the idea of men pretending to be women, in cruel and exaggerated parodies, equally horrifying?

I find drag queens to be a grotesque caricature of what a woman really is, and frankly insulting. They suggest that what femininity is about is gawdy sequins, tottering about in eight-inch heels, sporting eyelashes you could sweep the floor with, garish make-up, calling each other "girl" and adopting vacant expressions and ridiculous names.

Womanhood is knowing that as much as you'd like to walk across the park to the shop after 6pm on a winter evening it's not safe for you to do so alone, and so the family will have to manage without milk for their breakfast in the morning. It's walking on lit routes with lots of other people around, but still being terrified by the catcalls and casual harassment from passing cars: "Nice ass darlin'!" It's watching a man receive credit and adulation for something you suggested not ten minutes ago, but because you were a woman no one took your opinion seriously. It's a man explaining what the Oxford comma is even though you've got a degree in English and have written eight novels, simply because he assumes that as a woman you can't possibly know about it.

Womanhood is sore breasts, uncomfortable bloating, and cramps so bad that you can barely function without being dosed to the eyeballs on painkillers, and yet you're expected to keep this quiet and not talk about it-- certainly not take time off work or school!--because no one must ever know that you're subject to this natural bodily function. It's mentally counting weeks to find out whether that five-hour meeting or long journey will occur on a day when you need to visit the toilet every two hours and won't dare to cough, sneeze, or stand up.

Womanhood is standing in a queue when you're desperate for the toilet because designers of buildings allocate exactly the same amount of space to men's and women's bathrooms even though you can fit many more urinals into that space than you can cubicles. Even though women take longer in the toilet because they may have small children to manage, or periods to deal with, never mind that it's a longer process anyway (and they're more likely to wash their hands).

Womanhood is knowing that other women across the world are not allowed to drive, or travel, or hold some jobs, and that women and girls of all ages are trafficked, raped, forced into marriage, mutilated, sold for sex and then blamed for it while men frequently get away with no real meaningful punishment. It's knowing that historically women have had fewer rights and opportunities, and that even now in the UK there isn't equal pay - that low paying and demeaning jobs are more likely to be held by women and top, high-paying jobs are more likely to be held by men. It's knowing that women are abused physically, sexually and mentally by men who exploit their greater physical strength and that every three days a woman is a killed by her partner. It's also knowing that because this sometimes happens to men too we can't make too much noise about it because #whatabout those men it happens to? And since #notallmen use their girlfriends as a punching bag we shouldn't be making them feel bad by complaining about it.

It's paying more for the same item be it a razor or a haircut, clothes with no pockets or--horrors!--fake pockets, and being expected to be unrealistically thin and beautifully dressed and made up at all times. I'm not even going to get into the pain and indignity that is pregnancy and childbirth or we'll be here all day.

So what does this have to do with drag queens?

I find it insulting that these men can dress up in outrageous costumes and ridiculous make-up and parade around saying, "look at us, we're women!" It's stereotyping, it's demeaning, and it's giving men power to declare what they think womanhood is about. Until they have experienced all that the average woman does they have no right to lay claim to that sacred title, or to pretend to know what it means to be a woman.They are wrong, and they are insulting us, and I have had enough of it. 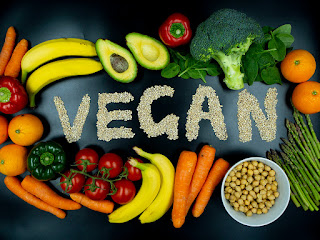 I've been asked for these so often I figured the best way to pass them along is just to dump the whole lot online. Most of them are also Slimming World friendly. Enjoy!

2 tsp each ground cinnamon and cumin

Handful of dried apricots, cut into halves (leave out for syn free)

Fry the spices with the onion and garlic. Add the tomatoes, sweetener, stock, vegetables and chickpeas and simmer for 30 minutes. Add the apricots and serve with couscous. 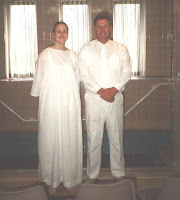 How I got published - and how you can too 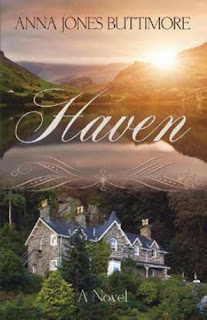 *** Long post alert ***
How I got published
In 1998 I wrote a terrible book. It was called "The Temple of Truth" or something similarly trite. My lifelong ambition was to be a published author, and having recently joined the Church of Jesus Christ of Latter-day Saints I had discovered that there was a thriving market for clean LDS-based literature. I thought that writing for this market would be an easy way to get my first book accepted by a publisher, after which a mainstream publisher would surely snap up my second manuscript given that I was already a published author.

For the record, I was wrong on both counts.

My terrible book landed on the desk of Covenant editor Valerie Holladay. She read it and wrote to tell me that my book was terrible, but that she thought my writing style showed promise and noted that I lived in Wales. Many Utah residents had ancestors from Wales, she told me, and would love to learn more about it. Would I consider writing a book set there? She eve…
Read more